THEFT, ROBBERY, AND BURGLARY! DO YOU KNOW THE DIFFERENCE? 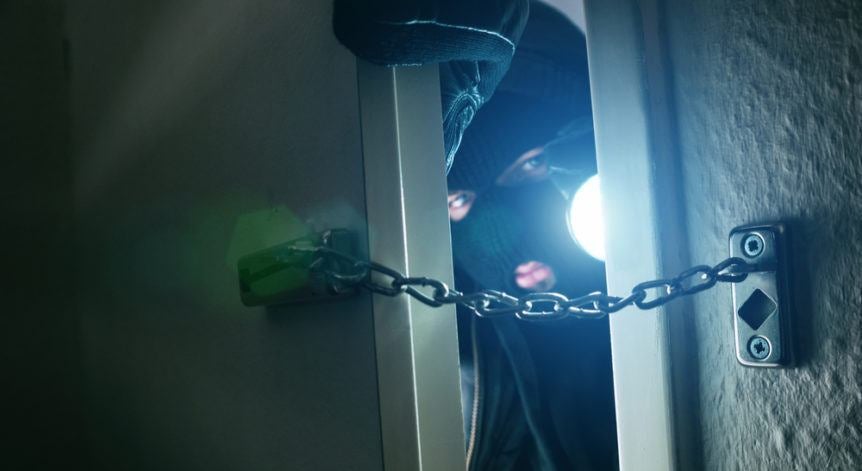 It happens quite often that the terms theft, robbery, and burglary are used to imply the same thing, but contrary to the synonymic misuse of the three words, they actually have quite distinct differences in meaning. They do however have something in common in that they generally are associated implications of someone taking something that belongs to someone else without consent or knowledge by the rightful owner. So, let's take a look at the three terms theft, robbery, and burglary on their own and see if we can explain their unique differentiations when they are being charged as crimes.

Theft is the level one category of the three crimes. It is the most general in terms of the definitions, as a theft occurs at any point that there is the unauthorized taking of something that is the property of someone else, with no intent of returning said property. The act of theft on its own does not usually involve violence, threats, or breaking in.

As for robbery, there is a little bit more involved than in the act of plain theft. Robbery usually means a theft that takes place with the addition of threatening someone, taking something from someone with physical force, or taking something of someone else's by means of invoking fear into them. If someone grabbed your phone out of your back pocket, maybe without you even being aware of it, this would be an example of theft. But, if someone approached you with a weapon and demanded you hand over your phone, this would be an example of a robbery.

The biggest difference in that of burglary, is that the act of theft, or even the intention of theft, doesn't even have to occur as a part of the incident for it to be considered a burglary. Burglary simply means that someone unwelcomingly enters a particular structure, i.e. a house or a store, with the intentions of committing an unlawful activity inside. Although a burglary doesn't need to include thievery to be considered a burglary, theft is one of the most common associations and additional crimes involved when one is committed. Another confusion that is commonly assumed to be a part of the definition of burglary, is that one also commits breaking and entering, but burglary itself is a separate crime that doesn't need to be accompanied by breaking and entering, but can be charged by just means of solely unlawful entry.

If you have been charged with any of the above crimes, you should speak to a criminal lawyer in Oklahoma City immediately. It is important to do so in that you are able to protect your rights when facing said crime, and the only way to have that reassurance of protection and defense is to have a criminal attorney by your side. Here at Worden Law, we are confident and capable of providing you with that protection. So please, don't hesitate to contact us today.