ASSAULT AND BATTERY: WHAT YOU SHOULD KNOW 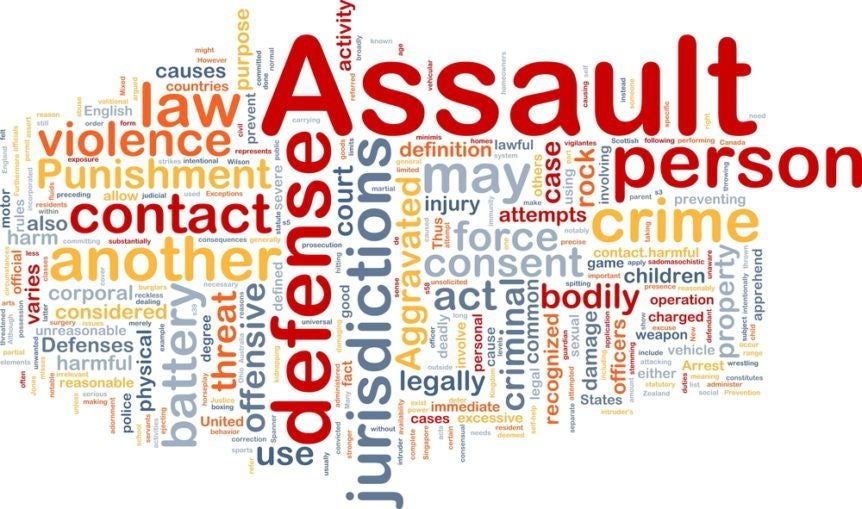 First off, you might be wondering what exactly falls under the category of assault and battery. In Oklahoma, a person that is considered guilty of assault, is one who threatens or attempts to cause physical harm to another person. Battery, on the other hand, is the physical or intended intention of harm or offense towards another person. The crimes exist on their own and can be charged separately or together, but in most cases, they are charged together. In the case of assault, the actual harm does not even have to take place for one to be considered guilty and charged; whereas with battery, physical contact is a part of the crime in order for one to be considered guilty and charged.

Based on different states and in different jurisdictions, said crimes can be interpreted in various ways. Under Oklahoma law, an assault can be punished by imprisonment of up to 30 days in a county jail, or by a fine of up to $500.00. In many cases, punishment can occur of not only imprisonment, but also with the accompaniment of a fine. A person charged with assault and battery together, may be punished by imprisonment in a county jail for up to 90 days, or by a fine of up to $1,000.00, or the combination of the two.
Unfortunately, there are a lot of cases in where someone is wrongfully accused of assault and/or battery, such as if that person was accused by someone seeking revenge for another issue, if there was a heated argument, if a person was simply acting in self-defense, or if a person was mistaken as the guilty party. To find out exactly what is involved with assault and battery in your jurisdiction, contact an Oklahoma defense attorney. The importance of good representation, cannot be expressed enough. In the case of a guilty plea, prosecutors potentially may agree to a lighter sentence. But you should know that even in the case of threatening words of intention to harm, or behavior attempting to harm another, punishment can be harsh. Aggravated assault and battery are taken as very serious crimes in the state of Oklahoma, and as the range of the intensity of consequential action is vast, it's important that you feel confident in your representation.
Such accusations can disrupt your life, not only temporarily, but permanently, by going on your permanent record; they can interrupt your job, your relationships with friends and family, etc.. There are endless possible accusations and situations that assault and/or battery can be charged, so it's important that you know your rights by speaking with an A&B lawyer in Oklahoma City. With the help of a lawyer and investigation of your case, determination of accusations can be made as to whether or not you were wrongfully accused of assault and/or battery. If you feel as if you have been wrongly accused of said crimes, were acting in self-defense, or are not sure and in need of defense, here at Worden Law Firm, we want to help. So please, don't hesitate to contact us today.